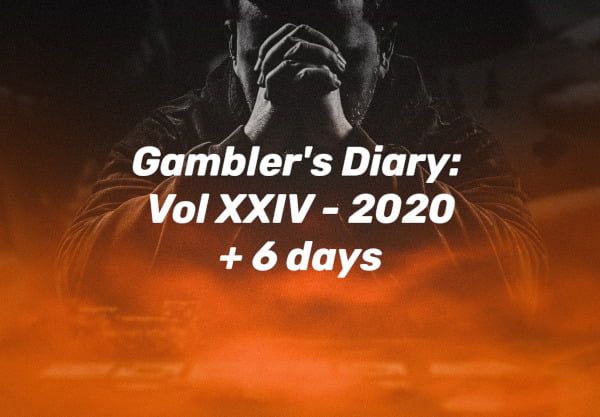 Murphy’s law states that everything that can go wrong, will go wrong. My year so far has proved the law to be right.

I paced nervously around the living room.

There is no way around it – I must make the call.

I circled the living room once more, picked my phone and called Mr.E. I knew how the conversation was about to go. Still, I hated it. One should never ask a loan from a friend. Alas, I was about to. I felt like a little squirrel who thought he had been ready for a winter but now had used all his reservoirs, and it was still freezing outside.

“The person you’re calling is on another line.”

I shut the phone.

*TSSM my phone vibrated with a message from Mr.E:

“Call me when it’s done. I need to talk – and you won’t like it” I replied. I rarely ask for a loan and was not about to do it with a text.

“Eh, well it’s only if I lose on these Apps”

“You want a stake instead?” he tried.

“What’s your stop loss and how are you going to pay me if you happen to lose?”

I put the phone down again. Feeling mixed; happy that the conversation played out like I thought it would but feeling like shit because I had a feeling that he felt partly responsible for my request (by winning a lot of money from me earlier years) and because of that he felt obligated to back me however much I decided to ask.

Do not put yourself and your friends through that again.

TSSM * another message from Mr.E:

“Btw, why don’t you grind the party leaderboards? You can make a lot of money with just the rakeback.”

Hmm, I could do that.

Mr.E did call me back eventually that day; only this time to invite me to the sickest games of my life – but that’s a story for another time.

I had won a bit from the apps, but Mr.E’s idea of a serious party-grind had stuck in my head. I felt a bit worried since I had run 100 buy ins under EV in PLO500 earlier in the year. Nevertheless, party ran a weekly leaderboard promotion that guaranteed $7500 for the winner at 1-2. It seemed like printing money. I decided to get my true grind-mode on.

Summertime but I couldn’t care less, I was a lean mean grinding- machine. No time like the present. Nine tabling fast-forward games made the swings insane. With all the bonuses, by the end of June I was up 60 000 from May. On the slight downside – my daily swing got to thirty buy-ins easy. Started to invest in the stock market for the next winter.

Overheated. I noticed that it’s really hard to grind 30k hands a week – every single week. Played poorly for the most of it but thanks to all the bonuses was still making decent profit. Sometime in September, while trying to simultaneously stream WCOOP’s 30h+ a week and still hit my grinding quote 40h+ a week I had a bright idea: “Why not go for the party’s diamond elite?”

No time to go to the gym anymore because hitting a big leg-day now affects my evening-grind too much. No time to stream, no time to do pretty much anything. I’ve also managed to get a tennis-elbow from grinding.

Had to start Yoga which seems extremely pretentious but helps me to get through the days. My friend asked me to join the New Year party in a popular skiing resort two months beforehand but had to turn him down because of my intense diamond elite grinding-schedule. Couple of weeks later, quite drunk, he advised me to re-think about my life-choices.

Finally started to get my confidence back. Poker is an especially cruel game, as running bad often makes you insecure. Mix that with tying the game strongly with your identity (like I’d assume many of us poker professionals do) and you become “scared money” easily. And there’s nothing easier to play against than “scared money”.

To me, playing poker is a lot like a fight. If you face a stronger opponent your best chance is to go for the unpredictable knock-out. Grumbling into a fetal position might minimize the pain but it also secures your opponent’s win. Fighting a weak man with bad technique but huge confidence is way scarier than facing a huge MMA master who’s too scared to touch you.

So don’t be too scared to act out of line. There’s certain beauty in an aggressive unpredictability when it comes to poker.

Started to play higher limits which is nice mostly because I don’t have to play as many tables to create the same rake per hour, the negative thing is that my bonuses went way down. Ran hot at 5-10 so it didn’t matter too much though. Gave a positive results-warning for the next year to my friend JoeCool.

Been running so hot recently that Murphy’s Law wasn’t really appropriate for me anymore. I needed a new law, more fitting to my recent situation.

Mr.E’s Law: Everything that can go well, will go well.

Had until the end of January 7th to complete my diamond elite and was feeling extremely relieved. Despite my recent run-good, you can become sick of anything if you do it too much, and for the past 16-weeks I had been forced to rake 6200$/week. Even with my table count I had averaged only 140$ rake per hour which equals a bit more than 44-hours every week. But playing poker is not like your normal job. You literally pay money if you don’t pay attention. So no zone-outs allowed, no lunch breaks, no nothing. Just try to perform with 100% focus day after day. Also, I felt like I was letting our Twitch-community down so I tried to squeeze a little stream wherever I could. It had been a lot, and I was starting to really feel it.

On the 6th while finishing my daily Yoga I read a message: “There’s a 3k PLO on GG go play it – will buy as much % as you like”.

I could do that

Thanks to Mr.E’s law (and raking approximately 160k with near 100% RB in the last 7 months) I could play the tournament with 20% sold and 30% swapped. The first four hours I was doing the tournament with five fast-forward and two regular tables on the side but as we creeped closer to the bubble, I had to quit the other tabs. Chip-leading a tournament with 185k up top demanded all my attention even though I was 199,300$/200,000$ from my years main objective.

I started the FT as a chip-leader and Mr.E was rooting for me (with his 20%) behind. For a moment I thought about our conversation in May. It seemed eerily distant.

Fifteen minutes of celebrating later, at 6:30am I joined six fast-forward tables at partypoker and started to grind the remaining $700 of rake. It took four hours, but I hit the diamond elite for an additional 30k bonus. I got to bed at 11am that day. My goal was completed.